As we juggled an insane number of fearful and terrified calls for help at DV Connect last week it was never far from the front of my mind “How could someone be so brutal, so callous?”

I know I’ve needed help over the years I have worked at DV Connect in understanding the horrendous acts of violence, like we have seen last week here in Queensland. The tough thing to report is that these acts of savage violence are not as rare as the public expression of outrage is suggesting. The only difference with these most recent acts is that they occurred out from behind the closed doors of home, and in a place where we all were forced to see – in public.

It’s the public nature, the “in your face” aspect, that has forced all of us to confront these behaviors in our minds. What is going on in these men’s lives, in their minds?

This is a group of men, I have come to understand, who are rarely going to admit that the emotion that dominants most of their world view is fear. Admitting to being afraid is not an option now, and most probably, never has been an option in the years, months, weeks, days and moments preceding these acts.

Something happens for some boys as they grow to be men; maybe the influence of ‘hard men’ shaping them in what they are allowed to express; maybe it’s the influence of harsh systems or institutions that enforces that men can’t cry and have to be tough. Whatever combination, these boys end up constructing what looks tough and become violently invested in never having the truth, of their fearful state, exposed.

This high expectation can also be strongly reinforced by a code of tough guy behavior; the stoic boys club that says, “I’m so tough, nothing ever hurts me!” “In fact, ‘I’ll hurt you, obliterate you if need be, before I connect with the pain and shame I have buried from once being weak and vulnerable and hurt”. For some the price of exposing a softer, frightened, bewildered or scared self, is shame. And feeling ashamed, for not being as tough as expected, is not a place to be; not for hard men.

Too many have gone before and faced with enormous obstacles and challenges: really unfair situations over which they are powerless and they have chosen to respond rather than react; to be kind to themselves and others. They have chosen to expose the frightened world they live in, asked for help and they have survived and thrived; written books, made music, movies, and business empires or just been great husbands and fathers that changed the world, by changing themselves.

Somewhere buried in these explanations of deviant human behavior is the least talked about aspect: Choice.

Let’s be clear here: there is, to my way of thinking, always a choice 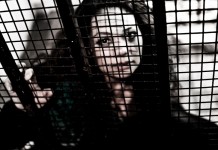